Marketing e-mail may be getting less annoying to consumers 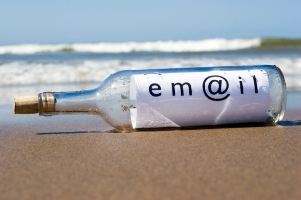 A new Forrester report finds that fewer consumers deleted marketing e-mails in 2012 than in 2010.
It could be that marketers are doing a better job at sending personalized e-mails with products or offers that shoppers are actually interested in, or perhaps it’s that companies are ramping up e-mails with discounts and promotions. But whatever the case, new research suggests marketers are doing a better job in their e-mail campaigns.
A new report from Forrester Research Inc. finds that 44% of consumers surveyed in 2012 said they delete most advertising e-mail. While that may seem high, it’s a decrease from 59% in 2010. Forrester, which released the report last month, surveyed 5,070 U.S. online adults for its 2010 findings and 30,549 in its 2012 survey.
The findings also suggest that marketers may have whittled down the amount of e-mail they send, as 40% of respondents in 2012 said they received too much marketing e-mail, down from 49% in 2010. Additionally, the e-mail that marketers do send contains more valuable information and discounts, the results suggest. 25% of consumers polled in 2012 said that e-mail is a great way to find out about new products and promotions, up from 17% in 2010.
Other findings include:

Forrester also asked consumers in its 2012 survey about what actions they took with marketing e-mail in the past year. The highest response was unsubscribing from an e-mail list, with 37% of respondents doing so. Next was printing the e-mail and bringing it into a store, with 20% of consumers saying they took that action. That was followed by forwarding e-mail to friends, family or co-workers at 19%.