Many startups suck at starting up 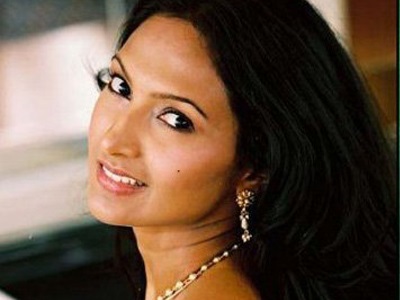 Why Consumer-Facing E-Commerce Is BROKEN
Sindhya Valloppillil, Helix Men
I finally found panties on True&Co.,  an ecommerce lingerie company.
It took them nearly one year to start selling panties. They allegedly sold  them when I mentioned them in an article titled VCs Think  My Boobs Need An Algorithm in January, but the panties were impossible  to find.  Nobody could find them. Now you can find them after about 6  minutes of multiple choice questioning and some scrolling around online.   But you still won’t get a “true” fit from their algorithm.
Another startup that I  discussed in that article is Dollar Shave Club (DSC)  which is now raising yet another round of funding even though they raised a  total of $10.8M in venture funding last June.  Earlier this month, DSC  finally launched their 2nd product – Dr. Carver’s Easy Shave  Butter. Who on earth is  Dr. Carver and what does he have to with DSC, you ask?? Is Dr. Carver a new  brand? Well, I bet your guess is as good as Dollar Shave Club’s. I’m. Not.  Joking.
Consumer  marketing is an art AND a science. It’s something that the founders of many  consumer-facing ecommerce companies and their investors don’t understand. The  Science Lab in LA, which launched DSC, and the DSC management team and their  investors clearly don’t comprehend it. That’s why consumer-facing ecommerce is  broken.
To  date, all that DSC has done is create one funny video that went viral. DSC’s  second video was a complete failure so they pulled it from YouTube.  Interestingly, Grumpy Cat  is a damn funny video that went even more viral, and it has more brand potential  than DSC. Grumpy Cat could be branded similar to Angry  Birds with games, lunchboxes, candy, etc. Naming a brand Dollar Shave Club  is problematic since DSC’s intent was to build a global lifestyle brand. The  name limits them to “dollar” and budget pricing and also to the shave category.  Will they call their shower gel “Dollar Shave Club Shower Gel”? That doesn’t  exactly make sense.  On that note, Dr. Carver’s Easy Shave Butter, its  newest product, doesn’t make sense. The management team doesn’t understand  branding, positioning and pricing. The cost of the Easy Shave Butter product is  $8 while the average shave cream or shave gel from leading brands like Edge or Gillette is $4 or less (even $2) – everywhere, even at the corner CVS  or Duane Reade in Manhattan and on Amazon.com.   If DSC’s goal is to disrupt the industry by offering cheaper products,  they are certainly NOT doing that with Dr. Carver’s Shave Butter.
What  I don’t understand is what exactly is DSC doing with $10.8M? What took them so  long to launch the shave butter product? It is stock packaging (which means it’s  off-the-shelf without distinct custom design). It’s also a stock formula that  they sourced from lab in Dallas, Texas. Just like the non-proprietary blades  that they source from Dorco, a Korean company, DSC’s Dr. Carver’s Shave Butter  is not a proprietary formula.  The packaging is a knockoff of Kielh’s with  its apothecary-esque branding which is a very inconsistent departure from DSC’s  budget branding. Product lead time for their stock packaging and stock formulas  is NOT 1 year. They also don’t need $10.8M in funding to sell non-proprietary  products with stock packaging. Here are the facts: For a product with stock  formula and packaging, it should cost: less than $25K for a small production run  of 7,000 units with a lead time of 2 months. The cost of goods per unit should  be no more than $3.57. With a COG of $3.57 and retail price of $8, their markup  is 55%. That should yield about $56,000 in sales. Keep in mind that this  inventory is seasonless, trendless and sizeless too. It’s a very lucrative  business for those who truly understand it.
The  fact that DSC waited one year to launch a shave butter/cream demonstrates that  they: 1) don’t spend their cash wisely, and 2) they don’t understand consumer  psychology. When products are used in tandem, marketers should pair these  products together and so that the consumer can buy them together. When most  people buy a cup of coffee at a coffee shop, they will go somewhere where they  can also get milk and sugar. The only exception to this pairing rule is when a  product has superior performance and distinction. That’s not the case with DSC’s  razors.
The  biggest question I have is: why on earth is DSC raising yet another round of  funding? Word on the street is that they are now hoping to close a Series B of  $45M in June. I’m still unclear on what they did with $10.8M which they raised  at a hilariously healthy $30M pre-money valuation – they’re hemorrhaging their  investors’ money! In addition to STILL offering free razors for a month to new  customers, they are now also doing radio ads and TV commercials during the NBA  Playoffs! The going rate for a 30-second spot during the NBA Playoffs is  $500,000. At this rate, I predict that DSC is going to follow in the footsteps  of hyper-inflated, struggling companies like Groupon  and BeachMint. It makes no sense to keep pouring money into a brand that isn’t  really a brand, doesn’t have special products and doesn’t understand its  industry. Without great branding and experience, you’re just another  product.
Harry’s,  a new grooming brand that launched online last month with upwards of $4M in VC  funding, isn’t much better than DSC.  Marketing and branding aren’t their  forte either. The funniest comment I saw on their Facebook  page was: “Is this razor only for white people who all look the  same?” They  are definitely too niche if people are saying things like that. Their logo is  quite possibly the ugliest logo that I’ve ever seen. You cannot just reapply the  same formula that worked at Warby Parker and move it to Harry’s and expect  success. You cannot just shift one executive/founder from a successful company  to another company and category and expect success. We already learned this  lesson with Ron  Johnson and J.C.  Penney. The minute more compelling grooming brands launch DSC and Harry’s  will be in serious trouble.
Here’s  another shocking startup story: A NY-based luxury goods and fashion curation  startup which closed $2M in venture funding in October 2012 and was slated to  launch in November/December 2012 delayed its launch by one whole year. The only  reason for the delay is poor planning. Unlike many other startups, this startup  isn’t stuck due to lack of funds. The founder of this startup, who does not have  a background or understanding of fashion, luxury goods, buying, or ecommerce,  did not understand the buying cycles for purchasing products from third party  brands. Her prior work history included being a Co-Founder at a food-focused  picture sharing app and doing digital partnerships for a leading media company.   In my opinion, this founder should have never gotten funding. There is no  excuse for a one-year delay when this startup has cash and resources. More  importantly, this founder failed to establish an iota of traction since her  company was pre-launch and even pre-business plan and branding. She clearly  lacked domain expertise or even a basic understanding of the luxury goods and  fashion industry. She should have established all of that before getting  funding. Her investors from leading VC firms failed to do proper diligence and  gave her $2M in VC funding at a $5M pre-money valuation.

It seems that a lot of  founders and VCs think that marketing and branding aren’t that important and can  be outsourced. That’s clearly apparent in all the aforementioned startups.  Without a great brand experience, you’re just another product. Marketing and  branding are conceived in the heart and mind first, then applied to product and  finally applied online. Marketing is an art, a science and also a spectator  sport – online it’s become a shit show that’s providing me a lot of  laughs.
About the author:  Sindhya Valloppillil is the Founder & CEO of Helix Men. Most recently,  Sindhya was the Brand & Product Development Manager at ZIRH Skincare.
This article is reprinted from Business Insider although we take credit (or blame) for the title.
Read more from Business Insider