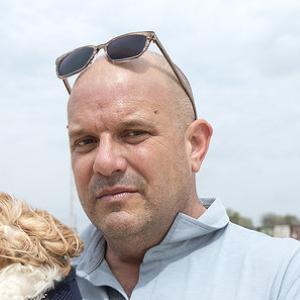 The hacking could’ve been instigated and accomplished in a number of well publicized ways. All easily discoverable on hacker forums or with keyword based searches in Google.

During the time of the hack about 50 other businesses were taken off line causing economic damage to each.  If we’re correct, Chad Harris used the domain name and the good name of the contributor to spread evil to unsuspecting people around the world.

The 2 sites referenced here were down 6 days.  Tremendous damage was done to Digital Arteries and the reputation of our guest contributor.

Our hosting company and the security organization we use have confirmed the following:

On February 2, 2017, Digital Arteries received the email below –

This article does not contain facts.  This is about The Garden Gates retail store that closed because of a lease dispute.  It is well known what took place.

As for the canceling of contracts, yes that business closed in August 2015.  The online business was and has always been a complete and separate business.

To learn more about The Garden Gates retail and online store, click here.

On February 2, 2017, The Guest Contributor received the email below –

I will kindly ask that you remove the post, and I will not spend any time on this.  If you elect to keep that post in place, that will be a decision you will have to consider.

I promise I won’t hide behind a screen name, we closed the retail business because of a lease dispute- just for the record.

You might want to remove this url from your index to continue to hide your identity.

quotrosunta.host56.com/g/304.htmlTranslate this page – Mar 18, 2008 by Burnbrighter. By REDACTED. When it comes to … no one knows your …digitalarteries.com/advertising-marketing/ …

*** Chad Harris sent an after hours email making a request but before we could take any action in response; The site of the guest contributor and Digital Arteries was hacked into. The logs indicate the IP addresses below. In the many years the sites were active we can find no evidence that anyone from these IP addresses visited the sites before the hacking episode or after. In fact, the hacked site of the guest contributor was seldom visited by anyone and would go days without visitors — until Chad Harris, alone, or with others, figured out who the guest contributor is and found his personal site. Then it was hacked.  Followed soon after by Digital Arteries.

For the record, Mr. Harris has his business in Metairie LA and lives in New Orleans, LA,  Kenner is located close to Metairie.

To be clear: the site of the contributor, the 1st site to be hacked, saw maybe 10-20 human visitors a year. It is not a site he publicized or pushed into public awareness. During the time period of the hack, the site was hit by Metairie and Kenner IP address 3 times. Each visit hit the same obscure back door page.

When confronted with his IP address, Chad Harris wrote:

From: Chad Harris [mailto:charris@thegardengates.com]
Sent: Friday, March 10, 2017 7:50 AM
To: Redacted
Subject: Re: The hacking of REDACTED.COM + DIGITAL ARTERIES

*** Chad Harris failed to mention that he not only visited the site the day of the hack, he visited it while the hack was active.  The hacker always went to the same backdoor page whether it be from Metairie or from Kenner.

Learn more about Chad Harris below —