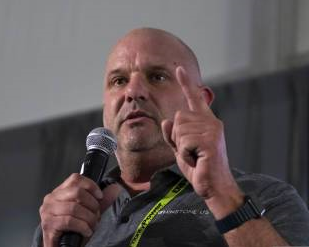 Not investment advice. Our perspective.  Do your own research:

In RIOT’s latest Q2 Earnings Report, they listed $1.4B in total assets broken down by line item. Two of those lines refer to miners:

Of the property/equipment, they break it out further in Note 8 as:

They also tell us how many miners these are in the earnings:

During the six months ended June 30, 2022, the Company had deployed a total of 44,720 miners in its mining operation.

The deposits line is all miner deposits:

As of June 30, 2022, the Company had outstanding executed purchase agreements for the purchase of miners from Bitmain for a total of approximately 26,361 new model S19j Pro miners and 30,000 new model S19XP miners. … the Company paid a deposit of 68% of the total purchase price.

It’s not even clear there is market demand at $2,490, but just discounting the miners to market price would be an $81M loss on RIOT’s balance sheet. And RIOT’s miners are used. These are brand-new prices.

As an idea of what a fire sale looks like, Bitfarms just sold some S9 miners off their balance sheet for only $25 per miner.

What about the miner deposits?

Just from miner market values alone, there are at least $258 + $81M = $339M in unrealized losses hiding on RIOT’s balance sheet.  Lots of other items seem inflated.

RIOT can’t sell these machines for the prices in their balance sheet. They paid way more than they are worth, and are looking at a write down which will be another big quarterly loss. Whether they actually write them down in this quarter or later is unclear, but it will hit at some point.

Buying RIOT’s stock is akin to paying today $4,236 to buy a used miner that is being sold new for $2,500.  RIOT spent 2-3x on the miners than what they are worth right now and they haven’t even plugged many of them in yet.