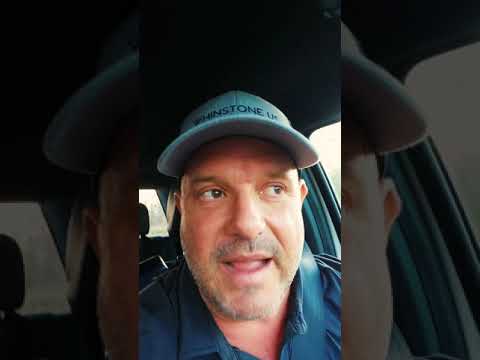 Historically, Riot Blockchain (RIOT) has been the Bitcoin (BTC-USD) mining company with the worse cost management in our books. Based on its Q2 quarterly report, its total cost of mining was at least 50% more than other Bitcoin miners such as Bitfarms (BITF) and Core Scientific (XPDI).

In our previous coverage, our model suggested that RIOT was 65% overvalued three months ago. During the same period, our model suggested BITF and XPDI had 65% and 10% upside, respectively. Our model was on point when BITF entered its price discovery phase and achieved as high as 80% return while RIOT continued to underperform during the period.

Now that RIOT is approaching our price target, this article aims to update our investment thesis based on RIOT’s Q3 earnings report, Bitcoin’s recent price action, and the current macroeconomic conditions.

Figure 1: Performance of miners against Bitcoin

The risk of having higher costs is three-fold.

Where did the cost come from?

90% of general expenses or 46% of total expenses went to stock compensation to the management. Citing Riot,

Since there was no stock compensation to the management during Q1 and Q2 of 2021, perhaps this is an annual exercise. Therefore, we’ll pro-rate the costs over four quarters, which stands at $9mil per quarter. Therefore, we’ll revise Riot’s total mining cost per BTC to $39,600 per BTC. However, this is still a 14% increase in total mining cost per BTC.

Risk: What is the impact of Riot’s inefficiency?

Also, recall that a miner’s survivability is at risk if the Bitcoin price falls below its total mining cost. Riot just completed a $600mil at-the-market equity offering. Perhaps, substantially more of the proceeds from this offering has to be channeled to cover cost rather than to expand. If this is the case, expect more selling pressure (stock price downside risk) as a result of constant equity offerings.

Should Bitcoin fall below $39,600, RIOT’s survivability will be at risk. It may begin with shrinking Bitcoin holdings followed by more equity offerings before closing down operations. This is one of the risks of holding a Bitcoin mining company as opposed to holding Bitcoin directly.

What about XPDI? Isn’t XPDI priced 200% higher than RIOT for having a similar mining capacity? The answer is no. This is because XPDI is expected to achieve about 15 Eh/s self-mining capacity compared to Riot’s 8.7 Eh/s. (up from 7.7 Eh/s in October 2021). We showed that XPDI is pretty much fairly valued at $4.3bn given this expectation. Comparatively, Riot should be valued at most half of XPDI unless Riot has materially superior cost control, which isn’t the case given its $39,600 total mining cost per BTC. Even by this standard, Riot is very much overvalued compared to BITF. BITF is also expected to achieve 8 Eh/s within the same timeframe. And yet, Riot is still priced 300% more than BITF.

Therefore, comps show that Riot is indeed overvalued based on both current circumstances and future expectations.

We expect modest growth (50%) in the Bitcoin network this year due to regulatory restrictions and supply chain bottlenecks to reach about 270 EH/s, similar to XPDI’s expectations. We expect Riot to mine 10,600 Bitcoins in 2022. Due to the capital intensity, rising cost, and heavy reliance on the 5-year average life span mining rigs, we’ll be willing to pay a conservative five times the earnings. Considering Riot’s total mining cost, a $50,000 Bitcoin, and 3,999 BTC balance sheet, our model valued Riot at $755mil (70% downside).

Should Bitcoin regain dominance to reach the $66,000 all-time high, our model valued Riot at $1.67bn (a 30% downside). Should Bitcoin drop below $40,000, we do not suggest investing in Riot as Riot’s survivability is at risk.

Overall, our model aligns with comps in suggesting that Riot is indeed overvalued.

Cost control is crucial to the profitability of a mining company. Unfortunately, Riot has historically fared poorly in this department. Among the many miners we covered in Q3, Riot’s mining cost remains the highest.

The impact of higher costs is also evident. Riot is accumulating Bitcoin at a 60% slower rate than BITF normalized over mining capacity and time. Riot is also heavily reliant on equity offerings (selling stocks) to expand. Coupled with the current decline in Bitcoin, we see more downside risks for Riot.

Suddenly he becomes a brilliant crypto expert who has the skill set to build a huge operation?  It boggles the mind.  Why is it guys like this always end up in crypto?

Disclosure: This article is reprinted from Seeking Alpha.  We have no stock, option or similar derivative position in any of the companies mentioned, and no plans to initiate any such positions within the next 72 hours.  The views and opinions expressed herein are the views and opinions of the authors.