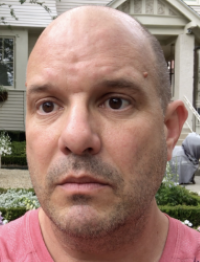 The cryptocurrency market has been distressed hitting a local bottom of ~33K so far. Due to the operational structure, Riot Blockchain (RIOT) is at higher risk of financial issues during a prolonged downturn compared to competitors. At this time, I do not believe cryptocurrency is entering a ‘winter’, but it is still a real possibility. RIOT is still overvalued relative to competition, but due to the devalued market it will rise with the market.

Unlike many other investors I do not believe the crypto winter is coming. Two major factors in support of an upcoming crypto winter are: the 4-year cycle theory, and interest rate hikes.

The basis of the 4-year cycle which would lead to the supposed 4 year cycle is flawed. The halvening does occur every 4 years, but that does not mean the price is fixed to a 4-year cycle. Yes, initially the amount of Bitcoin (BTC-USD) minted was significant but due to the previous halvenings less, and less are coming to market, therefore the resulting change of incoming supply is less influential each halvening.

Bitcoin has already surpassed 90% of total possible supply, and will hit 95% in 2026. Just over 1% supply inflation a year is not the main cause of price movement, shifting demands are exponentially more important.

The hawkish FED has incited fear into many market participants, but the fundamental effect should not be as significant as a 50% or greater drop. The larger effect interest rates have had on cryptocurrencies has been behavioral, and once the greater market relaxes cryptocurrencies should start to rise.

Building excess hosting capacity to lease trades the risk of increasing CAPEX for the reward of variable lease income. Lease income is based on the amount of electricity used by the customer, however the contracts do include a minimum. If the market starts to move parabolically upwards, hashrate tends to increase, another way of looking at it is more miners will want additional hosting capacity as price increases. The issue is during a down-turn if mining is no longer profitable or minimally profitable the miners looking to lease will disappear, leading RIOT to be stuck with excess capacity lowering ROI.

In comparison to a purely self-hosting mining operation, RIOT will be more sensitive to changes in price. Obviously investors are looking for exposure to Bitcoin price movement, but the issue is once the exposure is turned up too much, and a downturn occurs. Even though I believe Bitcoin isn’t entering a multi-year bear market, the increased exposure increases the overall risk of the stock.

One of the common arguments against purchasing a mining company is Bitcoin is better to buy for the pure price appreciation, so many miners retain the majority of their mined coins, RIOT included. RIOT Bitcoin holdings increased 353% to 4889 BTC from 1078 BTC year-over-year.

The issue with accumulation is how does one pay for the costs of production?

The answer is: dilution, debt, and finally capitulating to sell the accumulated coins. As with most mining operations RIOT has undergone significant dilution over the last year, increasing share count by 32% in 2021. RIOT has dipped its toes into debt but not materially, only holding $8.4 million. Expect either continued dilution and/or increasing debt for the foreseeable future.

Recently competitors Marathon Digital (MARA) and Bitfarms (BITF) took on significant long term debt of $650+ million and $60+ million respectively. RIOT seems to be continuing dilution at this time through at the market offerings, but with competitors turning to debt it would not be unlikely for them to follow suit.

Although I am bullish for the overall market, the current relative valuation of RIOT is hard to justify. For comparison I will be using MARA and BITF, for more in depth information on them check out my previous articles on them: Marathon Digital, Bitfarms.

For core mining operations my metric of choice is Hashrate/market cap. Essentially it displays what hashrate you are buying per dollar paid, higher the better.

For absolute hashrate current and future MARA leads followed by RIOT then BITF.

If one were to look at absolute hash rates clearly MARA is the winner, but the picture changes once you adjust for price paid the picture is different.

BITF leads after adjusting for market cap for both current and future followed by MARA and in last RIOT. At RIOT’s current price you are paying a premium for hashrate of 77% and 56% based on current and the forecast hash rates compared to BITF.

Trading at a premium for a specific metric is not inherently bad or good, so let’s dig deeper. A premium on this metric may imply: high investor confidence, value added elsewhere, general overvaluation, or under-valued comparable.

Investor confidence seems less than likely. RIOT’s all time high was last set in February of 2021, whereas both MARA’s and BITF’s were set more recently in November 2021. RIOT’s Price/Book ratio is also lower at 1.91 compared to BITF’s 2.18, and MARA’s 3.55. A lower price to book is expected more in a value stock, not a growth stock like RIOT, and is generally against high investor confidence. For Price/Sales RIOT is middle of the pack at 8.28, compared to 15.56, and 3.99 for MARA and BITF respectively. Taken as a whole RIOT’s investor confidence is neutral to slightly negative.

General over valuation is the point I’m leaning towards, since there is not an over enthusiastic investor base nor a value added proposition to make up the premium.

Disclosure: This article is reprinted from Seeking Alpha.  We have no stock, option or similar derivative position in any of the companies mentioned, and no plans to initiate any such positions wi