by The Medianistas | Sep 3, 2022 | Crypto, Ethics, Mergers and Acquisitions, Scams 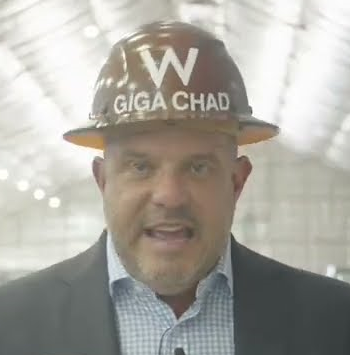 This article was originally published on October 7, 2021.

In 2020, an article — Northern Data — A Shady Bitcoin Mining Host, camouflaging under High Performance Computing/Artificial Intelligence Story  — posted to Medium claimed the company was playing down its reliance on Bitcoin miners.  There’s a link to the article below.

GMO Internet filed a lawsuit against Whinstone, US, and Riot Blockchain in June, 2022.  The lawsuit seems to corroborate the article posted to Medium.  See the link to lawsuit below.

The Frankfurt-based firm — which previously did business as Northern Bitcoin — purchased Whinstone in 2019 in an all-stock deal.

At the time, the company pegged the plant as the “world’s largest Bitcoin mining facility.”

Northern Data stock fell up to 45% after BaFin filed its complaint last week. It has since rebounded, now sitting at around 25% below its pre-complaint share price.

So, the markets watchdog no doubt hopes allegations of market manipulation against Northern Data stick.

But Northern Data, which counts among its investors German magic mushroom king Christian Angermayer, isn’t taking the claims lying down.

It blamed the disparity on its failure to realize revenues with two of its major customers — Bitfield and Decentric.

In a statement released via its website on Tuesday, the company added:

We reject the allegations made therein, in particular of market manipulation. We are confident that we will clarify the matter in full cooperation with the authorities.

Northern Data also pointed its recent sale of Whinstone to Riot Blockchain for $80 million and 11.8 million Riot shares (now worth $310 million) as proof of “the high value of the acquisition.”  (The Northern Data founder and The Whinstone US founder are the same person.  Chad Everett Harris the CEO with Whinstone).

This isn’t the first time Northern Data has been accused of fudging facts.