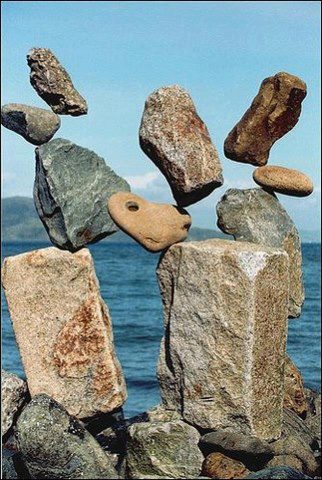 Submitted by Charles Hugh-Smith of OfTwoMinds blog,
What NIRP communicates is: this sucker’s going down, so sell everything and hoard your cash and precious metals.
The last hurrah of central banks is the negative interest rate policy–NIRP. The basic idea of NIRP is to punish savers so severely that households and businesses will be compelled to go blow whatever money they have on something–what the money is squandered on is of no importance to central banks.
All that matters is that people and enterprises are forced to spend whatever cash they have rather than “hoard” it, i.e. preserve and conserve their capital.
That this is certifiably insane is self-evident. If an economy depends on bringing future spending into the present by destroying savings, that economy is doomed regardless of NIRP, for eventually the cash runs out and spending declines anyway.
But NIRP will fail completely and totally due to another dynamic— one I addressed last month in Another Reason Why the Middle Class and the Velocity of Money Are in Terminal Decline. As correspondent Mike Fasano noted, negative interest rates force us to save even more, not less:
“People like me who have saved all their lives realize that they their savings (no matter how much) will never throw off enough money to allow retirement, unless I live off principal. This is especially so since one can reasonably expect social security to phased out, indexed out or dropped altogether. Accordingly, I realize that when I get to the point when I can no longer work, I’ll be living off capital and not interest. This is an incentive to keep working and not to spend.”
If banks start charging savers interest on their cash, savers will have to save even more income to offset the additional costs imposed by central banks on their savings.
A third dynamic dooms the insane negative interest rate policy: what does it say about the stability and health of the status quo if central banks are saying the only way to save the status quo is to force everyone to empty their piggy banks and spend every last dime of cash?
What exactly are we saving by destroying savings and capital? Isn’t capital the foundation of capitalism? The answer is we are saving nothng but a rotten-to-the-core, parasitic, predatory banking system, coddled and enabled by corrupt central banks and states.
What NIRP says about central banks is that they have run out of options and are now in their own end zone, heaving the final desperate Hail Mary pass that has no hope of saving them from complete and total defeat.
NIRP also says the economy that needs NIRP is sick unto death and doomed to an implosion of impaired debt, over-leveraged risk-on bets and asset bubbles generated by stock buybacks and central bank purchases of risky assets.
The central bankers are delusional if they think NIRP will inspire confidence in investors, punters, households and enterprises. Rather, NIRP signals the failure of central bank policies and the end-game of credit expansion as the solution for all economic ills.
What NIRP communicates is: this sucker’s going down, so sell everything and hoard your cash and precious metals. If that’s what the central banks want households and enterprises to do, NIRP will be a rip-roaring success.