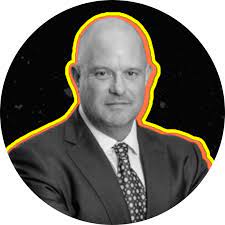 https://www.riotblockchain.com/investors/news-events/press-releases/detail/138/riot-announces-september-2022-production-and-operations The opinions of others, mistakes may have been made, don’t take this as investment advice:

This is the lowest production since before they took over Whinstone, with the exception of July where RIOT claimed they made a bunch of credits by shutting down miners instead of running them. No such claim was made this month. We get no explanation from RIOT.

They are running more miners now. It seems extremely plausible that this month RIOT has crossed the threshold where they are spending more on electricity than they get back in BTC. I can’t see how that’s not game over.

It was 78 last month, so their performance has dropped 20% month-over-month somehow. Bitfarms released 122 BTC / EH for the same month, essentially double.

This was the best news in the pack. They finally started to deploy some miners at ok volume.

Unfortunately, it’s another month where they receive more than deployed. My best estimate is that this puts them up to 93,407 miners total. They are still at 40% not deployed.

Zero of the S19XPs are deployed. Despite RIOT tweeting that they were putting them in. Can we trust RIOT at all at this point?

Nothing about Corsicana, announced 6 months ago now and supposed to be operational next summer.

Nothing about improvements from immersion mining overclocking.

Nothing about the S17 miners being refurbished for redeployment.

From my guesses after the last production:

They deployed 9,070, but I wonder if these are even turned on given the poor mining output. They did receive more than 10,000.

We’ll find out in the Q3 report that they have negotiated to defer delivery of the S19XPs into 2023. Bitfarms announced the same in their Q2 report, in order to preserve capital.

Guess I was wrong on this one if delivery has started. It was still very delayed since it was supposed to start delivery in July.

RIOT will sell more than 100% of their BTC mined in at least one month before the end of the year.

Still hasn’t happened, but I gave this guess until the end of the year for a reason. RIOT does still continue to sell the full BTC mined, rounded down.

Corsicana will never be operational, let alone by next summer.