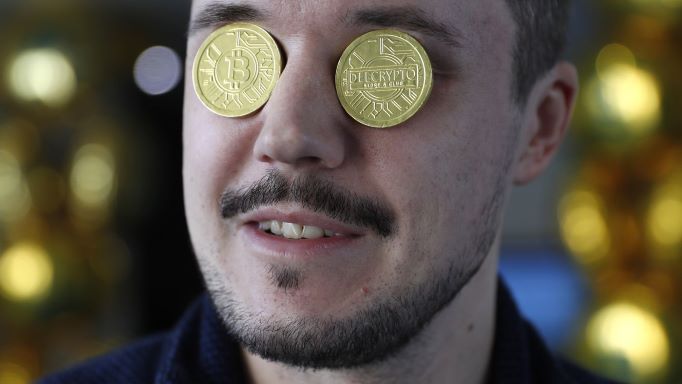 Merriam-Webster dictionary definition of fraud : intentional perversion of truth in order to induce another to part with something of value or to surrender a legal right

We view Northern Data as the latest crypto industry player that is intentionally “bending the truth” about the nature of its true business and business model. All efforts have been directed to paint Northern Data as a provider of High Performance Computing/Artificial Intelligence (HPC/AI) solutions throughout the company’s marketing materials, investor presentations, promoters’ emails and bank research. But the truth is that the company does not have any meaningful HPC/AI business and is primarily providing Bitcoin Mining Hosting (BMH) at rather uncompetitive terms.

Our analysis also reveals questionable pricing and contract terms, high dependence on the price of bitcoin and bitcoin network difficulty, concentration of related party transactions and an overall broken business model that is unsustainable. We believe that Northern Data’s dependency on bitcoin risks are significant and therefore the visibility and quality of company’s earnings is very poor. Hence, we believe the company is grossly over-valued and does not warrant its current unicorn level valuation.

Created in November of 2019, as a merger between two small time bitcoin mining companies, Northern Bitcoin and US Whinstone, the newly created entity Northern Data has been rebranded as a “Provider of High Performance Computing (HPC) Solutions” and operator of the “World’s Largest HPC Data Centre”. The reality is that, the company has a minuscule amount of HPC/AI customers and is predominately in the Bitcoin Mining Hosting (BMH) business. The company finally had to admit to the above after the astute revelations of BTCKING555.

Furthermore, refer to the Northern Data annual report, and specifically the letter to shareholders which claims and overstates the extensive HPC and blockchain experience of the merged companies.

From paragraph 3 of the letter to shareholders: “Whinstone, too, has been working on the blockchain and other applications of so-called „high performance computing“, or HPC for short, for some seven years. This company has amassed its know-how specifically in the development, construction and operation of large-scale, stationary data centers for HPC, particularly for blockchain application. Together with its customers, established corporations, Whinstone has already reached an unprecedented scale in the industry.”

This description about Whinstone is really stretching the truth. As most industry insiders would know, Whinstone was only a small time bitcoin miner. They were not an “HPC” company nor were they involved in blockchain applications. It appears Northern Data is more than exaggerating Whinstone’s background.

However, given Northern Data is in the Bitcoin Mining Hosting business, there is not a single mention of bitcoin or bitcoin related risks in neither the investor presentation nor in two published bank research reports, one by Germany’s Hauck & Aufhauser and the other by Baader Europe. Below are excerpts from the two banks’ research reports.

In its initiation research, Hauck & Aufhauser describes Northern Data as an “Expert for high performance computing, operating the largest HPC data centre in the world”. This gives the impression that Hauck analysts have not even visited the Texas facility and have no clue what an HPC facility actually looks like. According to industry insiders who have visited the facility, Northern Data runs the lowest rated Tier 1 bitcoin mining data center. Therefore, we have doubts that any serious HPC/AI customer that is accustomed to Tier 3 or 4 data centers, would ever place any capacity with Northern Data.

Since the bank analysts failed to conduct basic due diligence, we want to ask the company the following questions related to the Northern Data facility:

2) What is the topology as an HPC Data Center ? Single or parallel modules ? Block redundant systems?

3) What kind of cooling solutions do you have in place ? You mention that you supply services to scientific cooling, are you passive or do you have piping, CRAC, etc.?

4) Do you have a dedicated maintenance and repair facility on-site?

7) What is the hardware that runs “scientific computing for COVID-19”? What are the interconnects and architecture to support the supercomputing?

8) You mention that you use “Artificial Intelligence” to manage your facilities, can you elaborate?

9) How does your artificial intelligence system allow you to install and commission hardware 15 to 20 times faster than competition as you claim in the Annual Report’s Letter to shareholders?

The wunderkind research analysts at Hauck went further, and compared “HPC Solutions company” Northern Data to some rivals which are bitcoin mining companies, Layer1 and Bitmain. The Hauck analysts forgot to do basic due diligence and obtain information on the energy pricing of the competitors that is publicly available. Let us chime in. For Layer1, their electricity cost is below US$0.02/kilowatt hour (kWh) and for Bitmain it is US$0.03/kWh. Additionally, there are scores of competitors in Texas providing all-inclusive services at US$0.03–0.04/kWh. The bank research failed to mention this crucial aspect of energy cost.

The smoking gun appeared when we got a hold of Northern Data’s Roadshow presentation from March 2020 titled: “Introducing The World’s Largest HPC Data Centre”. There the company gave the 2020 Revenue Guidance for EUR 400–500M Annual Revenue per gigawatt (GW) and 2020 Revenue target of EUR 120–140M. It further guided for an EBITDA margin of 38–43%.

Furthermore, by doing reverse math on these numbers, you will get implied pricing for customers at US$0.052–0.065/kWh which for Bitcoin Mining Hosting is neither competitive nor sustainable. Also, the company states that customers commit to building capex and lock in for 5 years, and in some cases lock in up to 10 years! We were shocked to see such non-market and non-competitive rates! One can wonder why Hauck analysts never compared the numbers.

We further discovered that the clients for the first 350 MW were two Japanese bitcoin mining entities, SBI Crypto and GMO Internet (which has files a lawsuit against Whinstone, US).  And on its way to achieving the stated goal of 1000 MW by end of 2020, Northern Data in April 2020 announced an unidentified US Customer for 100 MW commitment, and in June 2020 Block.one — EOS announced an investment into the company and commitment for 180 MW. This latest announcement is very odd, as Block.one — EOS has nothing in common with bitcoin mining. But they do have one thing in common: Germany investor Christian Angermayer, who has meaningful shareholdings in both companies and has been promoting Northern Data as “most exciting stock on German exchange”. Mr. Angermayer also owns ATAI ,whose subsidiary Innoplexus, announced strategic partnership with Northern Data to accelerate drug discovery and development against COVID-19.

To summarize, thus far Northern Data has secured 4 meaningful customers that are all in Bitcoin Mining Hosting. Two of these clients, Block.one and SBI Crypto are also shareholders. SBI is one of the largest shareholders, and as per their recent deal to convert bond into equity and diluting existing shareholders by 20+%. It is noteworthy that according to our estimates of the announced capacity, these 2 shareholder-insiders also have a staggering 57% of the company’s announced MW capacity!

Now let’s return to the question of Northern Data’s terms of having Bitcoin Mining Hosting customers pay for capex and entering into 5+ year contracts at US$0.06 /kWh. Any industry insider will tell you that this is insane for the bitcoin mining industry. Below is a compilation of some of industry expert comments as well as polls.

Why would anyone rational commit to a 5 year + product, pay for capex and be stuck at an extremely unattractive energy price of US$0.06/kWh? If bitcoin crashes (as it does from time to time) or network difficulty continues going up (as it has done over years), getting stuck at such high electricity rate is “suicidal”. If a minor shock occurs to the system, bitcoin miners will be mining at a loss, prompting them to turn off their servers and eventually walking away from the multi-year long contracts! Locking a multi-year contract at US$0.02–0.03/kWh makes sense. At an uncompetitive US$0.06/kWh rate, where the difference is tens of millions of dollars in energy bills, it makes zero sense.

Below we compare the economics of deploying 100 MW of industry above average bitcoin mining machines (50 J/TH) at US$0.03/kWh and US$0.06/kWh electricity costs. As you can see, the difference between the two offers is about US$26 M per year or US$130 M for a 5 year period. If you take into consideration Northern Data’s 1000 MW deployment as phase one, that is a staggering US$1.3 Bln difference over 5 years. But it is noteworthy to mention that with current network difficulty (incidentally, the network just made an all-time high) at US$0.06/kWh, your bitcoin mining machines are already in the red!

As such we make a conclusion:

1) Northern Data clients are paying lower, industry competitive, rates and the company is cooking the books;

2) The company has found the dumbest customers in the crypto industry and milking the most it can for its whopping 40% gross margin.

If #1 above is true, then this is pure financial fraud. If #2 above is correct, we greatly doubt the ability of Northern Data to attract even more dumb customers, or at some point, the existing client shareholders will wake up to the above reality and renegotiate prices! Otherwise, we don’t see how this business model is at all sustainable. And if the business model is not sustainable then neither are the earnings!

We believe Northern Data Business Model is Broken. The company has created an impression that it is in the HPC/AI business, when it is clearly in the bitcoin mining hosting business. In addition, its uncompetitive pricing makes the business model and returns of its clients very susceptible to bitcoin industry risks. Investors should be wary of Northern Data and demand specific answers from the management as well as its promoters.